Although South Africa is generally known as one of the more stable and affluent countries in Africa, huge social and economic divides still dominate the landscape. Much of the turmoil which remains in South Africa is due in large part to Apartheid (which means “apartness” in Afrikaans) – a system of segregation which existed there until the mid-1990s. Much like segregation in the United States, blacks during this period were forced i 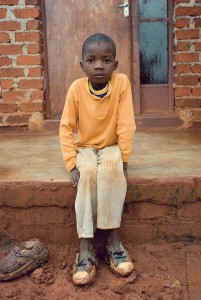 nto slum-like living conditions and were prohibited from living in designated white areas. Although laws were passed in 1993 to eliminate racial segregation, the deeply entrenched social and economic effects are still felt today. Many of the villages which our ministry reaches are historically segregated areas which still lack the basic amenities such as running water, electricity, roadways and schools.

Compounding the effects of Apartheid are epidemic levels of HIV/AIDS infections which have ravaged South Africa over the last two decades. In 2013, the United Nations estimated that almost 19% of the population in South Africa between the ages of 15 and 49 were infected with HIV. Although treatments have improved over recent years, South Africa still remains one of the most HIV/AIDS infected countries in the world. This horrible disease has left devastating scars across entire communities, orphaning children by the millions.

How to Get Involved